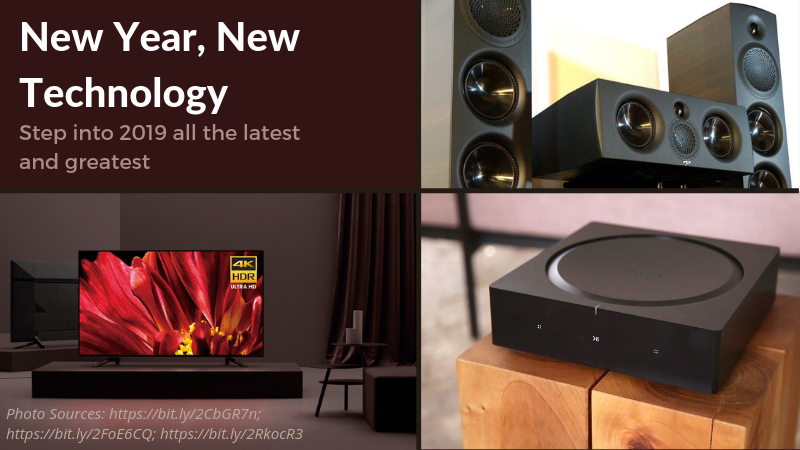 Sony recently released their best consumer TV ever.  The results are stunning. The Sony’s Master Series includes an OLED (A9f) and an LCD (Z9F) TV. Through partnering with master movie creators and filmmakers, Sony is trying to bring the quality of a top-end professional monitor to the consumer.  They have developed a new video processor dubbed the X1 Ultimate.

Sony’s new X1 Ultimate processor creates the most life-like images you have ever seen on a television.  Our owner, Jeffrey Scott stated, “We have never carried a better TV.  The new Master Series Sony is the best TV I have ever seen.”  Not only does it look fabulous on native 4K content, but the X1 Ultimate processor also makes lower resolution pictures crisper and enhanced 4K content to be more dynamic than any TV on the market.

In addition to having the best video processor, Sony partnered with Netflix to create the world’s only “Netflix Calibrated Mode” to optimize the picture quality when streaming videos on Netflix. This built-in setting marks the first time that a TV manufacturer has created a setting to specifically match Netflix streaming service.  Now you can see these movies were supposed to be seen.

Sonos released a new amplifier that has more power and more capabilities than ever before.

The Sonos Amp has 125 watts of power, which is nearly double the previous model, the Connect: Amp. The power is a big deal, but there are two new important features the new amp adds.  One is Airplay2 and the other is the HDMI/Optical input.

AirPlay2 is Apple’s newest casting service that is bigger and better than the original AirPlay. Apple users can now create a whole-home audio network with the Sonos Amp. You can now cast music to not only one device, but multiple devices on a network with no buffering or delay. These devices include Sonos products and other AirPlay2 devices connected to the Wi-Fi.

The Sonos Amp is also equipped with HDMI, RCA, and Optical inputs to accommodate any AV setup. This would allow you to connect your TV right up to the AMP and add a pair of great bookshelf speakers.  This allows you to leapfrog the sound quality of a soundbar by getting better sound and wider stereo separation.

Paradigm has released two new series of speakers and a new subwoofer series: the Monitor SE and Premier speakers.

The Monitor SE’s are great speakers for an entry-level audio system that has the benefits of the high-end technology from Paradigm. Both stylish and affordable, these speakers sound great for their price point, making them a great entry-level loudspeaker.  Bookshelf speakers start at $299 per pair and the floorstanders start at $699 per pair.

The Premier series in the next step up from the Monitor SE series. These speakers are designed, engineered, and manufactured in Canada, a move that is unprecedented at their price. With the quality of manufacturing from Canada, the Premier series has high-performance sound at a reasonable price. This makes these speakers a great upgrade to any system.

Come stop by and check out the latest technology of 2019!